I thought I understand the theory behind slash chords, particularly when they’re used as a bass line, until I came up against this chart for Night and Day:

The slash chord harmony in your example is used to create a pedal point for the introduction to the tune.

A pedal point is a repeated a note - in this case the Bb - which is played underneath different harmony to build and release tension. Pedal points are commonly used for intros.

We haven’t covered this topic in context of introductions, so it would be a nice short study for a 5-min masterclass.

The pedal point is often played over the root of the V7 chord. We can see that you are playing the tune in Eb, and the pedal is created over the V which is Bb.

Let’s discuss some voicings we could use:

Voicings for the first line:

Based on my taste I like the Bb7 as a Bb13, however it could also be played as a Bb13sus which sounds nice when we have the root in the melody over a dominant chord:

Voicings for the second line:

The second line contains a 251 in E Major and a 251 in F Major so we temporarily depart from the pedal point:

Night &amp; Day Pedal Point 2nd Line Voicings1772×360 198 KB
I used the KB voicing for the ii-7 chords. If this is a stretch, we can also stack the chord tones sequentially (R-b3-5-b7-9-11) which gives us the same chord colour but in a smaller register of the piano.

I play a #5#9 voicing for both dominant chords. Major triad off the #5 in its 2nd inversion.

Voicings for the third line:

On this line we can hear that the pedal point creates tension which sets up the start of the tune. The B/Bb and the A/Bb are both very dissonant voicings due to the half step interval:

Night &amp; Day Pedal Point 3rd Line Voicings1772×346 35.2 KB
Some of those voicings can be a bit of a stretch in the right hand whilst keeping that Bb on top throughout. For A/Bb and Ab/Bb, we can always play the bottom note of the triad with our left hand thumb.

We can hear the verse here in Ella Fitzgerald’s recording: 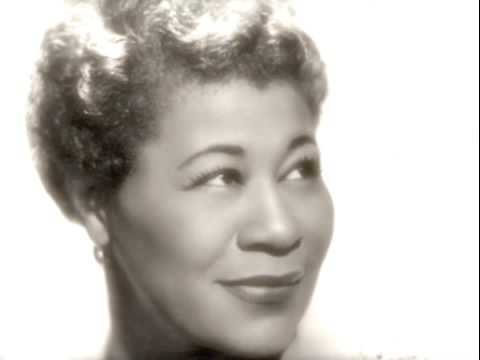 If could be a nice to memorise the lyrics and the rhythmic placement of the melody.

Also remember that the verse is optional, particularly for solo piano performance. We have many options to create intros in other ways such as 1625 progressions, or with this tune starting on the ii-7b5 we could play a 1436 progression similar to how we created the intro for “Pure Imagination”.

Check out our course on Intros, Endings, & Turnarounds for additional inspiration Introductions are used to set the mood of a performance. We explore the theory and formulas and create killer intros for a number of jazz standards.

Hope this helps Wendy and I have added pedal point intros as an upcoming topic for a 5-min masterclass.