A quick follow up. You said “[w]hat surprised me is a direct comparison between the Ravenscroft 275 and the [Kawai]mp7se.” It got me thinking about something I read a while back.

The link between Kawai and Ravenscroft is a product worked out between the company and the head of Ravenscroft to create a modified version of the Kawai VPC1 to make its action as close to that of the Ravenscroft 275 as possible. It’s called Ravenworks. They have two versions. a Studio Model I ($5,499.00) and a Studio Model II ($5,799.00). The only difference is in the finish of the keyboard. They’re only controllers; there are no onboard sounds.

Here’s a link to someone playing it. If you’re interested, there’s a link to the company site with more information.There’s a big difference between $275,000 and $5,499. If I had more space. I’d probably buy one.

The QUALITY of a Ravenscroft Now in the digital form. HEAR OUR STORY AND HOW WE DID IT The Platinum Standard of PIANO CONTROLLERS Handcrafted in the USA SHOP NOW Erik "Blu2th" Griggs, Hit Songwriter and Music Producer "Don't know how you did it...but...

Thanks, Scott, for both the suggestions on the mic settings (still playing around with that) and the link to Ravenscroft digital.

I’ve only had the mp7se for a couple months, and I thought about getting a VPC1, but it’s about the same price. So far, I haven’t done much of anything with the mp7se electronics other than listen to the default sounds and use it as a controller, but I really like the action, especially in comparison to the older but more expensive mp10.

Ravenscroft definitely seems like the Porsche (or Bentley) of the piano world; paying a $3500 premium for them to adjust the key settings and paint the case blue seems, well, a little like paying more than 200K for a real piano!

Secondary benefit for me of following this thread was going down a Ruslan Sirota rabbit hole (terrific player, great teaching approach to improv, slightly weird youtube persona). I’m a little surprised he hasn’t had a more prolific career as a teacher/solo artist.

I also find Ruslan Sirota amazing. He won a Grammy in 2011 for his work on the album The Stanley Clarke Band. I believe he’s teaching at USC now and beginning to develop his own online classes at Music Made Better https://www.musicmadebetter.com/

In addition to the Ravenscroft 275, VI Labs [apart from their True Pianos–The American (Steinway D9), the German (Bechstein semi-concert grand), and the Italian (Fazioli F308)–now have the Modern U, sampled from a brand new Yamaha U3 studio upright piano.

Here’s Sirota playing the title song from his 2019 album A Lifetime Away on the Modern U. It’s a tune high on my list of tunes to transcribe. Enjoy.

Quick question, what make and model is the white keyboard you used on you first live seminar?

Looking to replace one.

The white keyboard is a Roland FP-30.

I bought it mainly for portability as I was on the road a lot before confinement began. It’s very lightweight but also has a nice touch and feel to the keys.

I’m a big fan of Roland keyboards. I believe the latest model in their range is the RD 2000 which is a real joy to play on. It’s heavy to haul around but if you are keeping it in one place that would be my choice.

We do have a discussion on keyboards in our software and setup section:

What is your piano model? Software & Setup

My first love for an electric piano three years ago I look more than a month on forums and internet , magazines… I remembering having tried during a few days playing around the best renown electric pianos yamaha , roland korg and nord , in some music shop near my home. I tried them on good headphones AKG K240 MKII and on monitors in the shop. I was amazed by the touch feel of another one, i never heard before the KAWAI MP 11 What a fantastic piano it is is . The only minus was the…

Take a peruse through that thread and perhaps make some notes of what brand/modeels to try out next time you are in a music store.

I think for everyone it’s down to personal preference but for sure that thread will give you some ideal of what keyboards to test.

I had gone thru that tread several times just wanted to double check. I have a keyboard I love to play at another local but when I traveled to another place the keyboard I thought I could live with is zero fun to play, the keys are bouncy and loud. I like the price point of the FP-30 and it looks like you enjoy playing it, the keys look like they release back at a good level? So I’m thinking that’s good enough for me. My local stores aren’t allowing any playing at this time.

Thanks for your continued guidance.

Yes I would recommend the FP-30 Ben.

I have a RD 700 in Manchester and there is certainly a difference in touch between the FP-30 and the more expensive RD line of keyboards, but in my opinion not that much given the difference in price.

For myself the FP-30 is a good balance between key touch, portability, and cost. 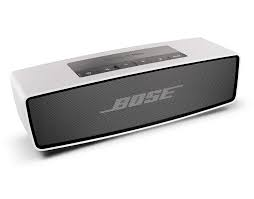 Did you ever find a solution to recording the Ravenscroft as a WAV file? If that was the issue.

Unfortunately not. But doesn’t really matter as can share vanilla garage band file if needed. I did however come across a nifty little device for the iPhone to make things easer than using the CME WIDI Master bluetooth device as that was the KORG PlugKey that just required a single cable to from the keyboard to the device. Also allows headphones with volume control and also connection to studio monitors if needed

Yes, apple has the good stuff it seems. Android and windows for me.

Yeah - I’d kill for an iPad pro as I use a windows laptop as well and my iPad’ air’s sound for some reason now not working via its speakers but only via bluetooth (its probably around 8 yrs old so may need to try a factory reset). I’m using a Yamaha YDP-161 which bought nearly 5 yrs ago in Vietnam when working there. as missed having a keyboard. I used to have a Yamaha CVP digital grand but that was in Australia before working for the last 10 years across asia and had to sell it. I have used a small jawbone speaker (bluetooth) but sound not that good and wondering about buying some headphones like Samson semi-open SR885 as an option but not sure yet.

There are several renewed ipad pros on Amazon for under $400,
Tempting. I bought a renewed windows 8.1 ( not a fan of win 10 ) tablet for watching lessons on and have been very happy with it.

Can the Bose mini soundlink be used as monitor? i get to much delay going thru midi and bluetooth.

Hi Gisle,
I’m not sure but would think it possible via bluetooth or using a direct cable. I’ve used a mini-jambox with bluetooth but like you said, latency was an issue and used a KORG PlugKey which was a midi-out cable from the keyboard to the input of the device which is connected to my IOS iPhone/iPad and has a built-in volume control and output for headphones or speakers.

I’ve been using earplugs but looking to buy some headphones.

Does anyone have any experience with using headphones, type and whether semi-open is better than closed type headphones…I see the reviews for Samson SR850 as budget headphones with “Soundstage” being a key feature.

Thank you Paul. I’m concidering buing Ravencroft if there will be Black friday or holiday special. But I’m not sure how to set it up. When using garageband with usb midi and Bluetooth to Mini soundlink it causes a delay, but i will tr using a cable instead of BT.

I’ve been running the Ravenscroft 275 (on Mac and also on iOS), and encountered some latency problems which, in every case, were due to the output device and not the midi to VST connection. With a portable speaker or a Samsung soundbar, both the BT and aux (cable) connections had unacceptable latencies, whereas a monitor or headphones (both via 3.5 mm cable) were great. A google search suggests the same is true for the Bose mini soundlink.

Paul, I’ve been using Bose QC headphones (with cable rather than bluetooth). No latency issues. The Bose sound especially with NR on is, not surprisingly very different from my Focal monitors, but has not bothered me enough to fiddle with equalizer settings.

I haven’t run the Ravenscroft on external speakers. I’m using a pair of Audio-Technica’s ATH-M50x Professional Studio Monitor headphones (cabled). Like gregb, I’ve had no issues with latency using the headphones.